TELL ME WHO YOU KNOW,

AND I WILL TELL YOU WHO YOU ARE

Coming out from an exhibition, the ticket still in our hand and that subtle feeling of disappointment. We entered expecting to be amazed, fascinated or even disgusted, and instead we came out a little bored. With the doubt, which is so fashionable today, that we have not understood because we are not enough in this distant and polished world that is contemporary art. Maybe sometimes we don’t know enough about the path of an artist and his works and research, full of references and citations to other works; while sometimes these is not even necessary, considering that is the artist himself that hides the meaning, if any, even denying the title of the artwork.

The ex director of the Tate Modern in Lodnon, William Gompertz has written a book on this topic, What Are You Looking At, in which he retraces the last 150 years of modern history starting from the beautiful day when Duchamp hung a lavatory on a wall. There is the “Conceptual Art” that wants to delight the mind of the viewer before his eyes. Joseph Kosuth speaks first of all in the sixties, and presents the work “One and three chairs”: a real chair, a picture of the chair and the word “chair”. Brilliant, as it relates reality, its iconic and its written representation. The “Arte Povera”, a current represented by Italian artists who roam like homeless to collect garbage and then make works that end up in museums. There is the “Narrative Art” in which the photographer wants to be a writer and the writer a photographer, and they end up exchanging the two media to tell opposite stories. And what about “Performance Art”: Jackson Pollock, for example, if he was not angry, he did not go to work.

These bizarre and intriguing examples show us how contemporary art seeks to present concepts rather than aesthetics. The idea prevails over the form and evaluating the importance of an artwork becomes increasingly difficult. So difficult that it prompts the question what is the line between art and marketing, and if this world is not at the end the sole prerogative of an elite who has the time and the money to devote not to the work itself, but to its promotion and to the construction of a network of connections to establish a reputation. Because at the end, who decide what is and what is not art?

Certainly not the viewer, who if he looks for suggestions on the meaning of the work he finds just an “Untitled” label. The artist, on the other hand, either makes a scandal or nobody speaks about him. And the poor inexperienced and improvised curator, species that is reproducing faster and faster, maybe doesn’t really understand what the dynamic artist offered him but to show that he understands he decide to hang a plate to the wall, because if that famous artist says that that dish is art, do not you want to blame him? It’s not like what decide what art is just the fame and the number of clicks on Google?

Duchamp, despite not having Instagram, had already asked himself this question in 1917 when he exposed a urinal to the Society of Independent Artists. The same question was again asked by Maurizio Cattelan in 1990 when he buys 500 copies of the Flash Art magazine and replaces the cover with images of his work Strategie, a house of cards made from the pages of the newspaper. Awareness and admission of how often art is just a strategy to be carefully planned through the use of the media, but also of how fragile this system is, like a castle of cards indeed.

In this series of paintings Emanuele Fiore, with quick strokes and an easy visual message, interrogates himself on these points.
His paintings are specifically “ugly” and childlike, which prove that the technique is no longer an evaluation method in contemporary art.

So, if the objective merits are no longer taken into consideration what decide what deserves to be promoted and carried forward? How much really deserves the one who deserves? Who decides what is the merit? How much is it really put in the conditions to emerge and bear fruits? How many are willing to recognize it and to get in synergy with the skills of those who deserve, determining effects and positive consequences?

This is why, in the real world, it is much easier to favor the mediocre and those who offer concrete and reassuring guarantees of belonging to something that makes us more convenient to gratify. Relatives, friends, recommended. Especially in a society made up of human beings, fallacious and easily influenced.

Art is an elite world, made up of few and for few, and like all the lobbies it is very often run by recommendations and connections. Those who have the chance buy papier-mâché trophies, those who do not have the same fortune will struggle into the mass for life without being able to find a way to establish a reputation. Favor calls favor, money calls money. These are the only rules to emerge.
The collection I’m An Artist shouts and claims the right to meritocracy because to go forward you should not only need connections and money to invest.

Please click on the imagines below to have more information on the single artwork. 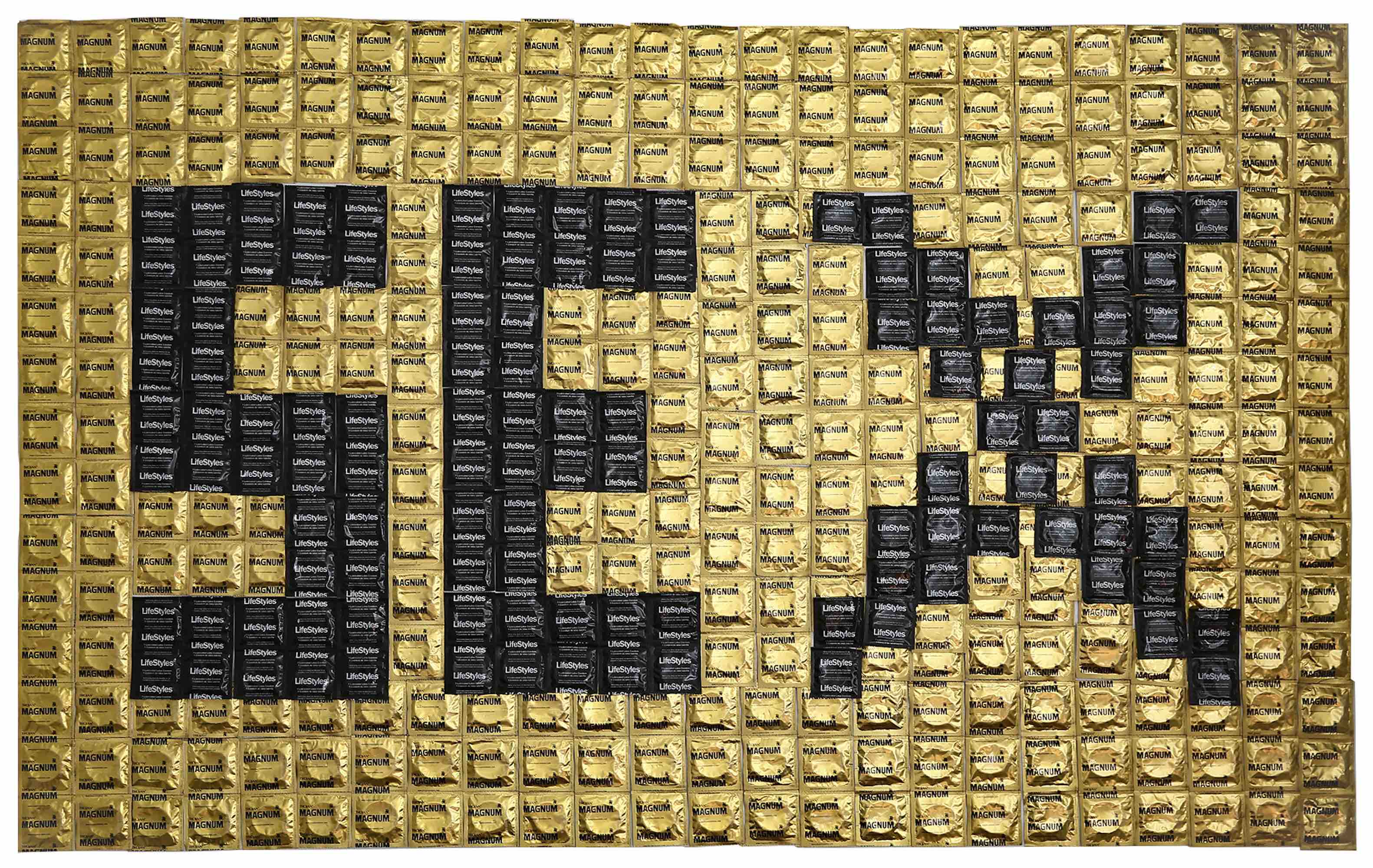 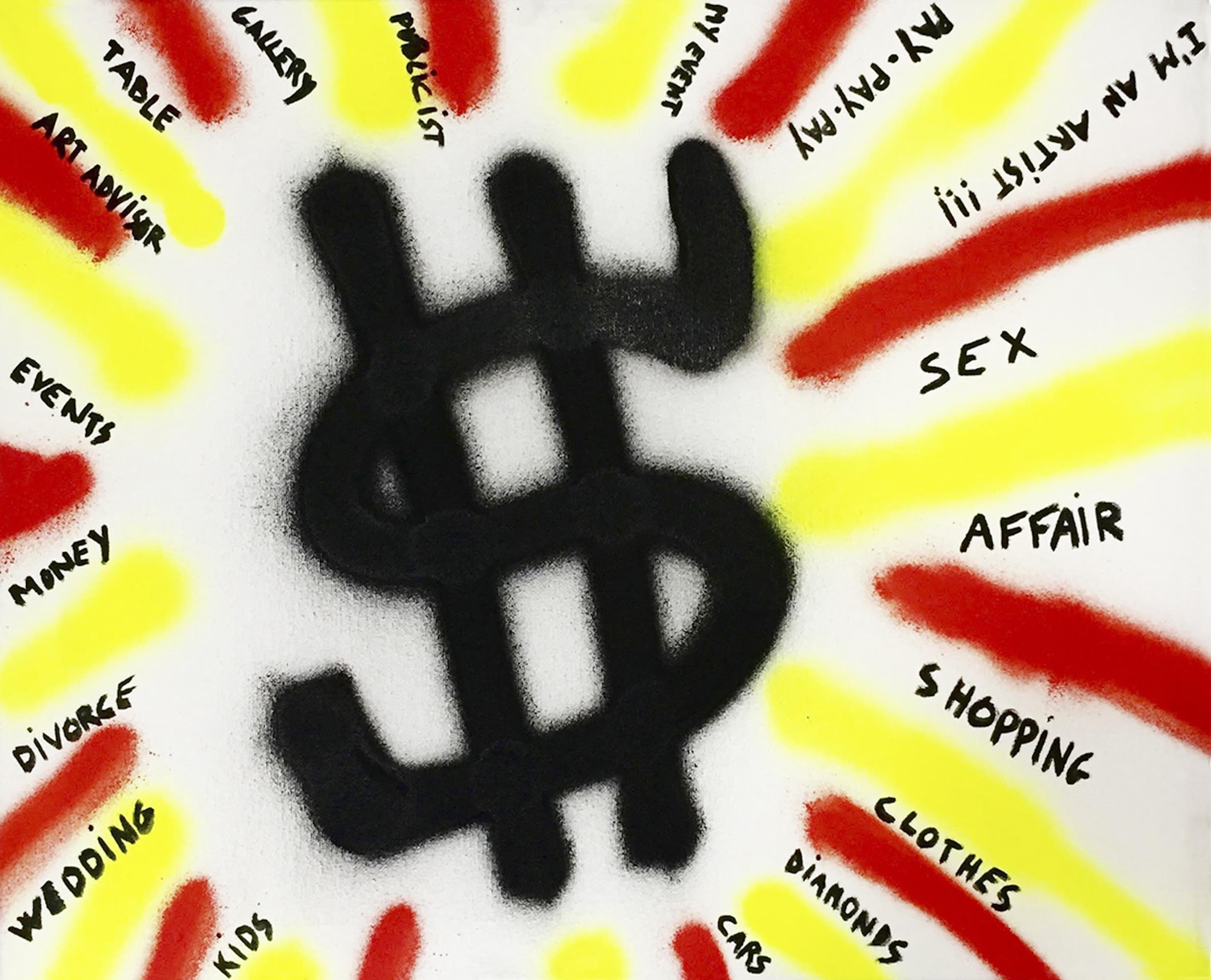 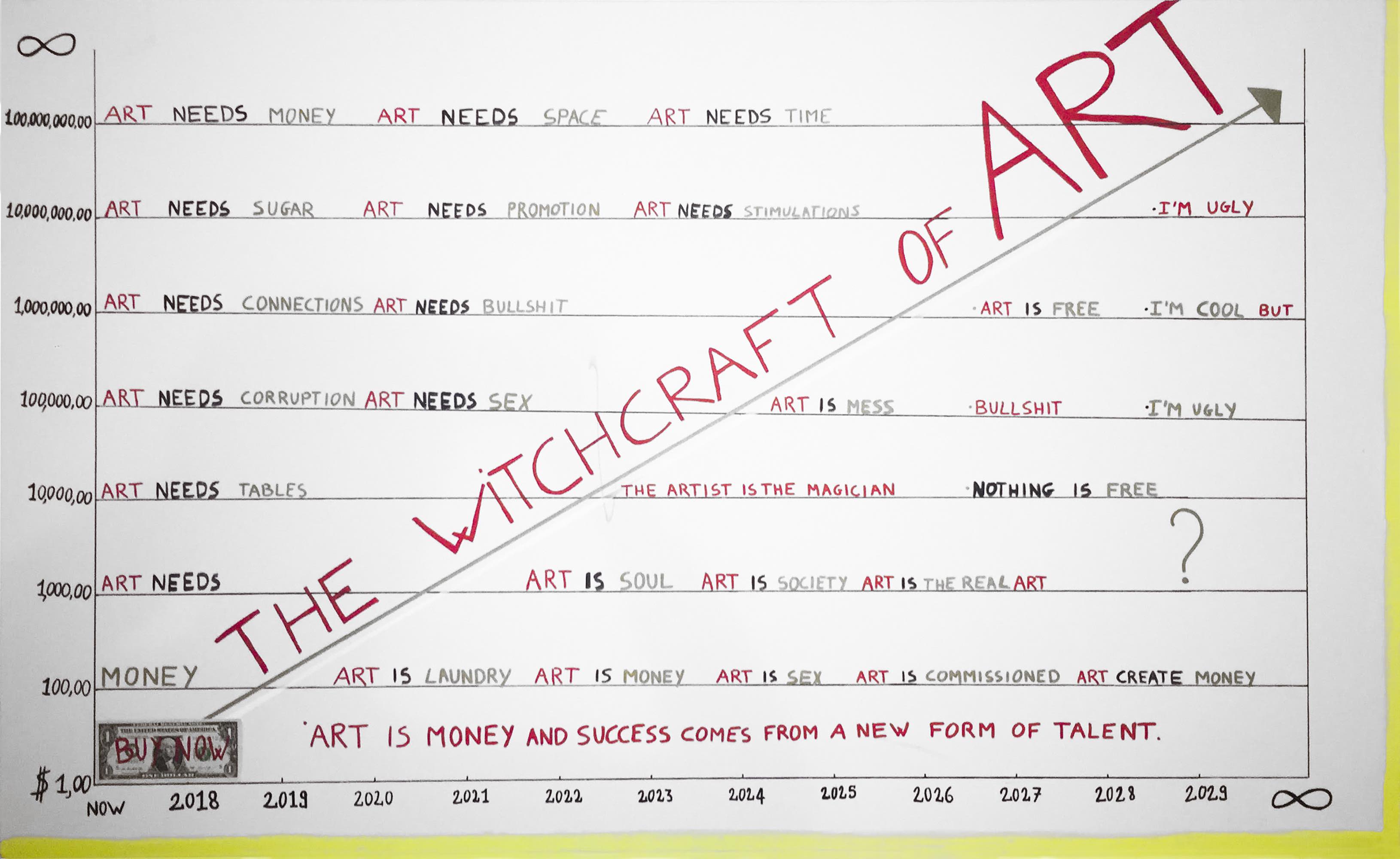 The witchcraft of art 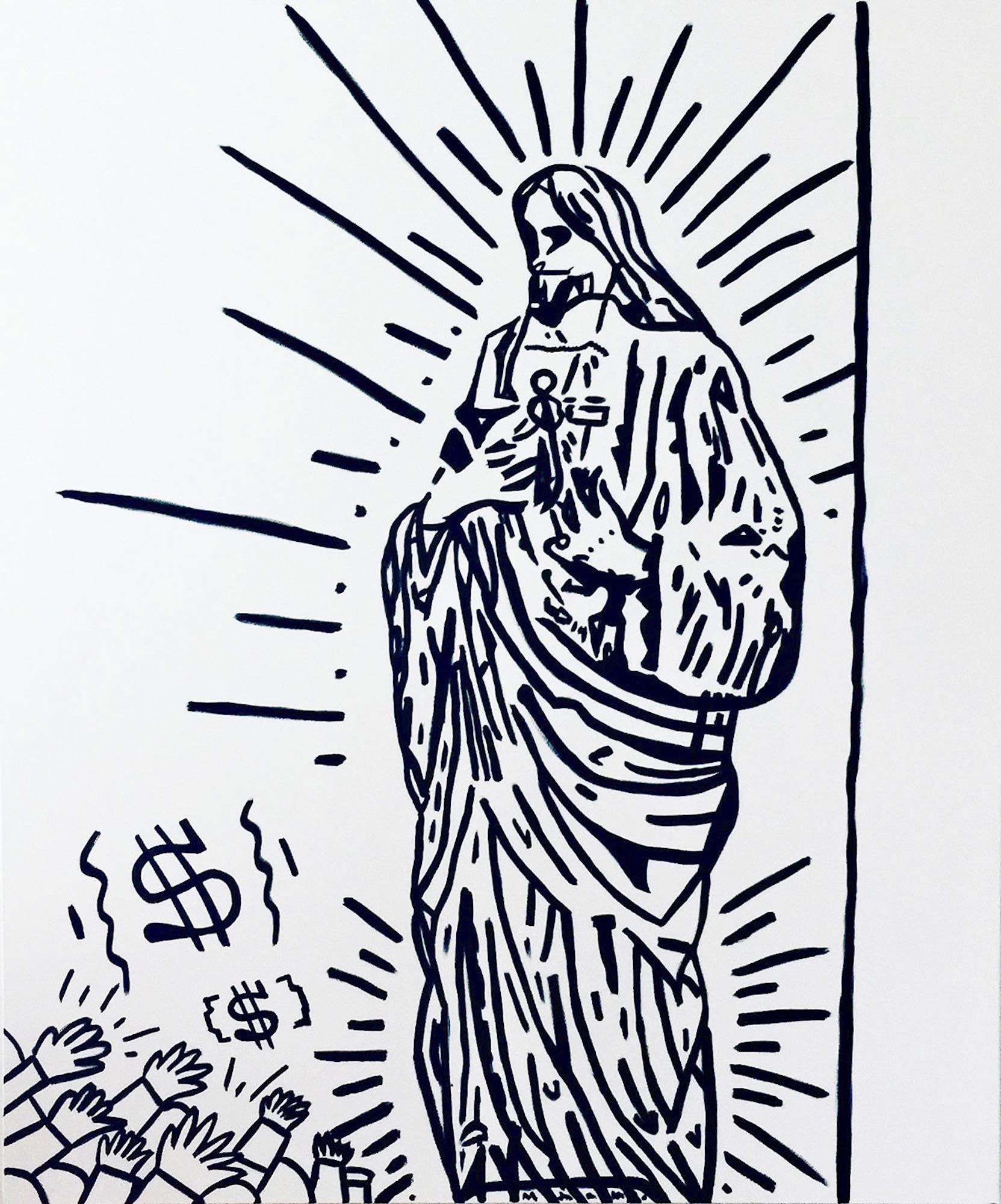 ASK FOR MORE INFORMATION
We use cookies to ensure that we give you the best experience on our website. If you continue to use this site we will assume that you are happy with it.OkRead More